OUT: 'Summer Breeze' by Gregor McEwan

an excerpt of the summertime press release by Bernd Begemann:

"Gregor McEwan is relasing four EPs and each EP contains four songs about all four seasons. Spring and fall have already come and gone. Now it’s time for SUMMER, baby! The best season of all with everything in full bloom… You are pumping the brandnew Summer Breeze EP, you are moving to the beat and you are at the beach RIGHT NOW! (…) So listen now for a head start when you go to your next beach party!"

All tracks were recorded using two Revox A77 tape decks.

The record head on the first Revox tape deck was routed to the playback head on the second deck, which then ran back to the first deck. The result of this constant recording and playing was a delay loop, the length of which (usually 3-6 seconds), depended on the distance between the tape decks.

This tape looping method was invented by Brian Eno and popularised by Robert Fripp known as Frippertronics in 1972. He used different audio sources and experimented with synthetic and acoustic sounds.

This is a selection out of 5h material recorded between January and April 2021, released May 20th via Eclectic Effigies.

New single by The Esprits is just out!

With 'Fucked Up', the beat band The Esprits once again shows what the band stands for: attention to detail, dedication, and solidarity.

The close observer finds a gang that is difficult to describe one-dimensionally. What becomes clear, however, is the passion for art – holistically. Directed to all who do not want to give up the romantic ideal of a real band.

'Fucked Up' expresses an energy that emphasizes the anticipation of what is to come.

Those who join now can look forward to an exciting journey!

new ELIS NOA single 'Make Me Think Of You'

Viennese electronic-soul duo ELIS NOA - Aaron and Elisa - met during their time at music university. They make music in search for honest reflection of their lives and as an expression of their constantly evolving artistic process and identity.

ELIS NOA's sound ranges from pop to contemporary RnB, all the way to future soul. The intimacy and depth of their songs make you sit up and pay attention, the sound is soulful and elegant, but also honest and raw and will definitely not leave you unmoved.

At the moment they are working on their second studio album, which will be released in 2022.

Their most recent single 'Make Me Think Of You' was released 7th of May 2021 via Las Vegas Records.

Haiyti - Legend In The Making!

Hardest working, but also one of the most interesting German artists of our time - trap or pop, gangster or girlie - Haiyti delivers!

Now she teamed up, with one of our most recent signings for 'Robbery Is Back' - Chrome artist Sosa!

'Robbery Is Back' is the first track after the intro and was composed and produced by Haiyti & Sosa out of a session, a dirty and rough trap beat supporting story and vibe of the song.

Sosa teamed up with us and our partners from JESUS IS WAITING in early 2021.

He explored the rhythms of West Africa and Central Europe as a teenage drummer and perfected his unique style of blending them as a DJ. As a producer, Sosa is an experimental alchemist capable of translating the pulse of night-life culture into captivating music. He is currently working on his originals.

Haiyti 2018 received the ECHO in the category 'National Critics' Prize'. DER SPIEGEL described their album 'Sui Sui' as "one of the greatest German rap-pop albums of recent years“. She was rewarded by the German this year's 'Deutscher Musikautorenpreis' for best lyrics in hip-hop and was awarded by German collecting society GEMA. Haiyti recently released her first album of the year - 'Mieses Leben'. 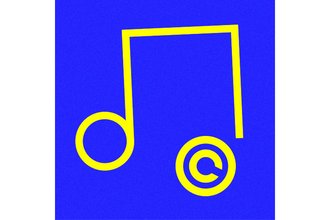 Modeselektor’s new Extended mixtape consists of 27 previously unreleased tracks, and while the Berlin duo of Gernot Bronsert and Sebastian Szary do want those tunes to be heard within the context of the mix, they’ve also decided that it wouldn’t be right to keep all of those tracks to themselves. Over the next few months, the pair will be releasing a series of EPs, each one built around a different Extended highlight.

First up is the 'Mean Friend' EP, and though the manic, synth-fueled gallop of the title track headlines the package, Modeselektor have also cooked up a number of alternate versions.

Scenes is the score for a movie that has never been made. The music evokes the pictures in the listener's phantasy. Scenes of a movie of it's own. Ensemble Du Verre's music has always been sounding cinematic, so their next step was to intentionally moving towards this direction and explore how E.D.V. score music would be sounding like.

Once rough, then tender, acoustic, electronic, noisy and then clear again.

Scenes overcomes the gap between the genres - Jazz, Hip-Hop, elektronic, psychedelic and pop. Music for the utopia of a movie where anything can happen.

'Scenes' is digitally out since November 27th, 2020 via Batterie. Physical release tbd!