GALV is an absolutely exceptional MC who enjoys great respect within the hip hop scene. His rap style, his flows as well as his voice are unique in the German HipHop landscape and his live skills are outstanding.

For his eighth album, GALV has teamed up with singer and producer Jan Faati as executive producer. Together, the two have built a musically exceptionally adept and poetically sophisticated album that nevertheless always remains catchy, light and funky.

Despite the collaboration of numerous musicians and producers, "2022" sounds rounded and as if from a single mold. On the one hand, this is due to the fact that GALV's very variable but extremely recognizable rap style holds the tracks together; at the same time, it is due to the influence of Jan Faati, who manages to unite the different influences into a musical work of art.

"2022" is an album in the best sense of the word: well conceived, elaborated down to the last detail, full of attention to detail and surprises, and all the while it seems unstrained and funky.

OUT: Single '(To You) CEO, Bitch!" by Gregor McEwan

'(To You) CEO, Bitch!' is the title of the brand new single by singer/songwriter Gregor McEwan, which was produced and mixed by the musician together with Thies Neu. The mastering for the hymnic-melancholic track was done by the latter in the Tonbrauerei (Berlin). 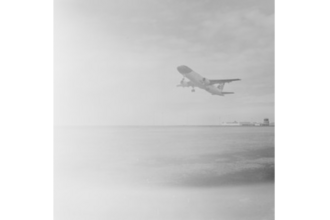 OUT: EP 'Music For Film' by Jan Wagner & Tobias Preisig

This music is the soundtrack of your own mind movie - let your imagination spinn - what movie do you see? what story would you tell? 'Music For Film' was recorded by Jan Wagner and Tobias Preisig while working on several film scores in Berlin back in 2019.

OUT: Album 'The Super Album' by Patrice

Patrice Bart-Williams aka Patrice started his career in 1998 with the Lions EP. Since then, the singer-songwriter-producer has released many albums and collaborated and produced for artists such as Selah Sue, Cody ChesnuTT and Mr Eazi. Patrice is most known for his memorable live performances and has been touring and headlining festivals across Europe and the rest of the world.

Today Patrice is coming back with the ‘Super Album’ (out digitally everywhere) a best of, gathering his most popular songs including ‘Soulstorm’ and ‘Hippies With Guns’. The Super Album was recorded in the house Patrice grew up in, near Cologne. “I set up an analog recording studio in the bedroom, invited the band and pressed record”.

The Super Album includes an exclusive cover of Beach Boys’ ‘Good Vibrations’, recorded with a sample of ‘Quiet Storm’ by Mobb Deep. The track is accompanied by a video shot in Jamaica and directed by Patrice himself.

OUT: Single 'White Shoes And The Walk' by The Esprits

With their new single, The Esprits ignite an energy firework of joie de vivre, lightness and fun. Their sound not only invites you to dance, it forces you to do so. The duo lets the sun shine with "White Shoes And The Walk" for 3:22 minutes. A feel-good anthem for times when a lot of dirt is stirred up and the mood among each other is not the best: Don't Wanna Blame You. Rather feel good yourself and ask yourself what you can radiate outwards. Your Sound is all around.

OUT: EP 'Exploration' by Dugo

The "Exploration" EP is a new 5-track work produced in Dugo's original musical style (impressive acoustic guitar riffs, tricky rhythms, and crisp percussion sounds). Dugo's musical evolution has resulted in a focus on rhythms with a more complex, yet organic vibe than before. Each track on the EP is a unique worldview, giving the listener the sensation of listening to five omnibus films.

OUT: Single 'Modelo' by Rhonda

The single "Modelo" tells of the security one can find with another person and the blossoming of a new love. Musically, "Modelo" moves between soul, rock, pop and film music; the focus is on an extremely catchy guitar hook and the bittersweet vocal melody of exceptional singer Milo - an instant Rhonda classic!

Piet Wenzel from AnyBrick (Set & Animation) and Tolga Cerci (Script & Postproduction) won 1st place for the "Best Stop-Motion Animation 2022" at the Brickfilmfestival 2022 in Braunschweig and after a jump-off almost the audience award. Furthermore the 2nd place for the "Best Scene 2022".
For their film they used the song 'The Silver Threshold' by hackedepicciotto.