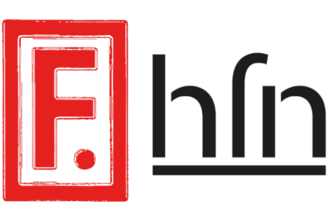 Hamburg’s Freihafen is one of the oldest free-trade zones, established in the 12th century to ease international trade and exchange. Freibank and hfn have teamed up again to create a musical freihfn  - free harbour - for this year’s Reeperbahn Festival.

Reception will run from 19h - 20h, equipped with plenty of duty-free drinks and food - and followed by three acts we are very proud to present:

DAS NEU with their Zeitgeist sound between Pop and Post-Rock, the transmedia artist and vocalist ROSA ANSCHÜTZ  and LUCKY LO, who's latest album created a stir across Scandinavia and beyond.

OUT: Single 'Soulstorm' by Patrice

Patrice recorded some of his classics up in his room in his Mum‘s house. In a body of work named 'The Super Album'. 'Soulstorm' is the first release from this project. It’s been a real journey back in time for me. He set up an analog studio in his room, invited the band and pressed record. Love

“Her weapons are a passionately bloody voice and a gift for multilingual puns she applies to acerbic commentaries.” -NME

Best known for her unique voice and fierce live performance, German-born Mona Mur has been an influencer in our dark corner of the world for decades. Her well-documented artistry stretches far beyond music.

Having kicked-off her distinguishedly rebellious career during the punk explosion of the 80’s, Mona linked with members of Einstürzende Neubauten to release the seminal 12” single “Jeszcze Polska”, which immediately claimed “Single of the Week” status via NME upon release.

Deeply embedded in the DNA of Polish and German arts, throughout the years, Mona has accomplished everything from releasing critically acclaimed albums (employing a select group of notable producers), working with The Warsaw Philharmonic Orchestra, composing for film, to being cast in plays. Most-recently, Mona has found herself scoring for the game industry.

Among many, many more, a short-list of Mona’s collaborators include F.M. Einheit and Alexander Hacke of Einstürzende Neubauten, Thomas Stern of Crime and the City Solution, Raymond Watts of PIG, Kristof Hahn of Swans and of course, frequent collaborator and close friend En Esch of KMFDM fame.

Mona's next full-length album, SNAKE ISLAND is due soon via GIVE/TAKE.

Apollo Brown (*20.06. 1980 as Erik Vincent Stephens in Grand Rapids, Michigan) is an American hip hop producer from Detroit. He is known for his stylistic openness and innovative approach. Apollo Brown is in the tradition of producers such as J Dilla and Madlib, his influences range from soft rock and AOR bands like Seals & Crofts or Journey to hip hop acts of the Golden Age like Gang Starr or the Wu-Tang Clan.

Out: Single 'Time' by Kastrierte Philosophen

In 1981, Ronald Reagan, a movie cowboy, became president of the United States of America, the Space Shuttle Columbia lifted off from Cape Canaveral for the first time, and MTV went on the air with "Video Killed The Radio Star" by The Buggles.

40 years later, Katrin Achinger and Matthias Arfmann have combed through the complete works of their band Kastrierte Philosophen. The result is not only the extensive work show "Jahre", which will be released on 27.01.2023 as a double vinyl and CD, but also the complete back catalog will be successively digitally re-released - and there are even two new songs. A crazy journey through time, which tells more about the present than about the past.

So there are great things to come: The Hamburg group Kastrierte Philosophen had released a total of eleven albums during their active time. On these albums you can find Im-weitesten-Sinne-Indie music announcing boundless curiosity and openness, which combines Velvet-Underground-Coolness, Shoegazer, Spoken-Word, Rave, Electro, Minimal-Pop, Chanson, Reggae, New Wave, Dub, Geniale Dilettanten, German and English (Spanish and French) lyrics.

After that, Achinger and Arfmann spent a whole year dealing with their musical past, which in this way became their present again. From this enthusiasm arose automatically the desire to add something to the work.

Even if both walked for years on solo paths, their paths crossed again and again and this time a new piece of music 'Time' was created, which can be heard from 02.09.2022 on.

The accompanying Best Of "Years" will be released on 27.01.2023. The video for "Time" is also a real piece of contemporary history - cut from the film "Tangier Nonstop" from 1996.

OUT: Single 'Into The Silence' by Trentemøller Ft. DíSA

'Into The Silence' is the new single of Trentemøller and also the first cooperation with DíSA (Disa Jakobs), the singer of the all new Trentemøller band on the Memoria tour. Her vocals are perfectly woven into the song, sometimes floating above and sometimes shining through from the engine room.

"During our recent tour," says Trentemøller, "Disa and I spoke about doing a song together. It felt quite obvious as we really developed a common language when we played so many concerts together already. After finishing our first leg of the tour, I immediately went to the studio and wrote the music for this song. It really came to me easily as I felt quite inspired. Disa then wrote this beautiful and bittersweet text that compliments the music so well I think. And her unique voice just melts into the music in a very natural way." Trentemøller will play a handful of shows in Europe before the entourage takes off to North America in September.

OUT: New Album 'Forgotten Shades Of Life' by Shiraz Lane

An exceptionally upbeat bunch of young men led by the instantly recognizable voice of Hannes Kett, Helsinki’s Shiraz Lane draws their influences from the greats of the heydays of melodic rock.

With all the sleaze, sneers, and headbanging, Shiraz Lane resurrected that debauched Los Angeles sound while also paying homage to darker ’90s influences like Alice in Chains. The group was formed in 2011 in Vantaa by vocalist Hannes Kett and drummer Ana Vilkkumaa, later adding guitarists Miki Kalske and Jani Laine, as well as bassist Joel Alex. Their blazing riffs and soaring vocals immediately bring to mind classic rock bands of the ’80s, like Skid Row and Guns ‘N Roses. The band released their first two albums For Crying Out Loud (2016) and Carnival Days (2018) via the Italian hard rock label Frontiers Records.

In 2020 they signed a deal with Ranka Kustannus and are now proud to present their third studio album Forgotten Shades of Life to the crowds. The album introduces Shiraz Lane’s versatile approach to music from head-banging hard-rock riffing to power ballads and classic rock’n’roll groove.

The band has been touring this spring with the Swedish Crashdiet and will go for an extensive Back to Life -tour in Finland next fall to celebrate the release of the album. On June 20th they have the honor of warming up the stage to KISS on their End of the World -tour in Helsinki.

OUT: Single 'Ocean' by Lasse Matthiessen

Lasse Matthiessen reinvents himself - from a singer-songwriter who could have happily followed in Nick Drake's footsteps, the Dane transforms into an organic electro-indie-pop act who, with his remarkable deep, knowing vocal, conjures up hyperrealistic moments of the human experience.

The singer himself describes the track like this: "'Ocean' for me is an electronic love poem about Berlin, when the sun sets and the city dips into the 'concrete sea' of houses at dusk. It's a declaration of love to the woman who may still be on the other side of the concrete ocean."

With his upcoming new album ’Dreams’, slated for a winter 2022 release, he deliberately crosses the border to electronica with complete assurance. He composes shimmering indie pop with organic synths, electronic beats and velvety basses that lives and dances in the nocturnal streets of Europe.