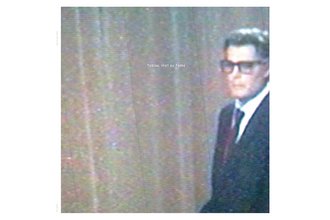 “I have movies in my head” describes Tobias Freund the source that inspired his new album to fill it with a fantastic life of its very own. Consequently, each of the eight tracks represents a scene out of a fictitious short film, some of them with a claustrophobic and tense atmosphere while others appear light and hopeful on the screen of imagination. What they have in common is an adventurous spirit that is inherent in and played out by three main characters: repetitive electronic and acoustic patterns, voices from far away and field recordings of obscured origin.

All the episodes combined introduce this 'Hall Ov Fame' as a psyche-cinematic event which resonates with “ambience in its natural shades” to evoke the whole range of sensations that make a proper, suspenseful mind movie.

Richard Ojijo’s music for the films of german video artist Marcel Odenbach not only underscores and accentuates the imagery and motion, but also serves to propel the narrative too. The compositions are auditory distillations of the visual and create a synergy between music and image that draws the observer ever deeper.

With Odenbach’s and Ojijo’s collaboration now entering its 3rd decade, Ojijo was recently inspired to revisit and remix some of the themes contained within the extensive body of work.

As a studio and recording engineer, his clients have included the likes of Cody ChesnuTT,Selah Sue, Samy Deluxe and Patrice. He has been teaching the ‘Sound & Effects’ module at the Institute for Pop Music at the Folkwang University of the Arts in Bochum since 2015, where he provides insights into new soundscapes.

While the world was closed down and the musical landsacape was covered in silence, Lasse Matthiessen went on the only long trip that made sense for an incarnated melancholic.

The route went back in time and down the memory lane: Past his old school in Copenhagen, where he sang in Copenhagen's Boys' Choir, to his home in the middle of the now Copenhagen hipstar paradies 'Nørrebro', where he grew up and beat his first drum set - powered his first guitar. To Germany, Switzerland and Austria, where he, as a frequently touring musician, has built up a large and loyal concert audience over the past years.

And then Lasse Matthiessen arrived. Until the defining moments of his life disguised as an adult. Time and impact points that made the blood pump and the heart gallop - maybe even burst. A rave in Rome, a ballroom in Bordeaux and a break-up in much-loved Berlin, where he has lived and played through days and weeks, months and years.

When Lasse Matthiessen released 'When We Collided' a handful of years ago, he really got knocked through for radio waves and concert organizers. The highly catchy track has been streamed more than 890,000 times, and its folky DNA has since been regarded as his signature sound among bookers, colleagues and newcomers, not to forget.

That is changing now. 'Coordinates Remain' is thus a breakthrough. The EP is his most thoroughly produced and effect-bearing release to date, and it has been created in close collaboration with the Stockholm-based producer Joakim Buddee.
"Joakim has a more commercial and electronic point of view, while with my deep voice and a more complex genre background I contribute with the almost diametrically opposite. In practice, it has taken a lot of time to find exactly the expression that I wanted and could see myself in, but the mission has succeeded. I have allowed myself to listen to myself in some new contexts, what was the ambition for the collaboration."

On 'Rome' the bass and a simple beat plays, while Lasse Matthiessen's power-manipulated mahogany voice digs deep into the soundscape. From there, the intensity rises and ends in a graceful commotion.
And the experiments doens’t stop there. At 'Colors', work has been done with both close microphone and vocal techniques, so that the singing voice almost turns black in a restrained breath, while it is sampled on' Rome and becomes an underlying melody.
"A lot of tools have come into use that I would have found terrible just a few years ago, so Joakim and I have really looked for new ways."

Things came otherwise, hence here it is. No further words will accompany this work.

Nora Becker is the vocal star that has risen above Ensemble Du Verre. After two guest contributions on the E.D.V. albums Rooms (2016) and Jet-Black Notebook (2019), the Hamburg singer has become a permanent member of the ensemble and floats through the five songs on the EP 'Lightning Bugs' with her beguiling, soulful voice.

When trying to give the space-exploring songs a style label, the term urban avant-garde perhaps hits it best. Pop and electronica, jazz, R'n'B and classical songwriting merge together, turn off the mainstream road and lead the listener into an area where artists and creatives live and work. There you find both small dark spaces where only fireflies give light and wide, shining plains where people do their mindfulness exercises. Residents and visitors discuss their issues and are in search of inspiration and revelation.

On the final single from their fourth studio album, ‘Bright Magic’, London art-rock group Public Service Broadcasting feature German spoken word from Blixa Bargeld, best known for being a member of the band Einstürzende Neubauten and a founding member of Nick Cave & The Bad Seeds.

Patrick Siegfried Zimmer is a synthesis of art and existence. A dark connaisseur, an enthusiastic autodidact, a never-resting creative mind. As a composer, songwriter, designer, screenwriter, film director, life has always been his muse. With 'Memories XI-XX', the Hamburg native returns to classical soundscapes. Music in its purest form, but in a new disguise. An instrumental album - so intimate and opulent at the same time - setting art to music and drawing contours to life. An invigorating piece of art about the sound of our existence.

On stage, two instruments face each other: the grand piano and percussion. Coming from techno, the musicians have gone the path of transferring the "wildest" electronic music in analogue form to their instruments and working out new compositions, sometimes inspired by old masters. Through their mixture of different styles, they appeal to a wide audience. First and foremost is their search for an emotional connection between the different musical styles. Their dynamic grabs with forward driving melodies and rhythms, with crescendi, with breaks. It's a process of constantly re-forming, of seeking out, of surprising enchantment.

hall. The shamanistic magic of repetitive beats comes to the fore as well as the intimate lyrical play of the grand piano.

Their debut album features 8 of their own compositions, an arrangement of the Prelude No. 2 in C minor by Johann Sebastian Bach, and an arrangement of all 3 movements of the Moonlight Sonata by Ludwig van Beethoven.