Thanks to a professional education in audio engineering, the duo consistently delivers excellent quality of production.

Lars Hempel and Michael Firmont are two studied film composers who have been working together under the umbrella of their established film composition brand Hempel&Firmont since 2015. Having entirely different musical backgrounds, Hempel&Firmont cover a great variety of compositional styles – surely one of the major aspects that give the duo their unique edge and already enabled them to successfully realize a bunch of international projects in Los Angeles, Germany, Great Britain and Asia. 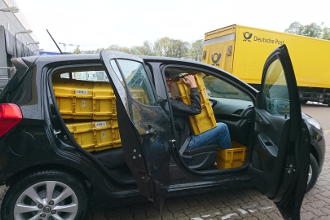 ...to our new adress in Altona:

Phone and fax remain the same.

The legendary Berlin duo is back and returns to their famous ’90s Love Parade roots.

Anyone who’s delved into the recorded history of Love Parade will remember those iconic, haunting lines from the Live At Love Parade ’94 mix CD: 'This Is Not A Mind Trip, This Is A Body Journey'. At this point, Air Liquide‘s This Is Not A Mindtrip quickly entered the canon of classic Berlin anthems. With its snarling and spiralling bass line, jittering drums and, of course, that infamous phrase, it became one of the pin-up tracks of Love Parade’s ’90s moment.

Now, Air Liquide (aka Dr Walker and Jammin' Unit) are throwing back to the track on the 'This Is A Mind Trip' EP for Irakli’s label, Intergalactic Research Institute for Sound.

The EP will be released October 26th and officially presented at STAUB on October 27th - a legendary daytime techno party in Berlin also run by Irakli.

The two artists have teamed for an awesome collab to be released on XL Records November 16th.

XL Recordings will release 'Spoken By The Other', the first EP by Powell Tillmans, on November 16th. It's a collection of recordings from two of the most interesting artists in Europe, and one whose short length belies its radical tenderness, sonic language and political ambition.

The two met at the Tate Modern, where Tillmans was programming a series of performances to coincide with his 2017 exhibition. Quickly the conversation turned to talk of a full collaboration, and following Tillmans's video for Powell's track Freezer (released on Powell's very own Diagonal Records), over the summer they got into the studio to begin making music.

'Spoken By The Other' will be out November 16th via XL Recordings and can be pre-ordered here.

'Dancer' featuring The Chaze is currently #1 of urban dance charts!

Top German urban deejay and producer, DJ Polique has released a new single, 'Dancer'. This features vocals by The Chaze, a singer who Polique met in an LA studio sometimes back. The record was released via RNFR Recordings, a upcoming imprint and this is the artist's first release on the label.

Polique began as a radio/club deejay in Bavaria, Germany. He has gone ahead to become one of the top names in his space and his previous work, 'Don’t Wanna Go Home' became the top Shazamed track in Turkey and Greece. He has, so far, amassed a lot of online streams for his songs and 'Dancer' will probably continue this winning streak. It’s a song whose production is crispy and the electronic melodies adds to it a special flavour.

KMFDM have a new live album titled 'Live In The USSA'. The performances of the songs featured on it were captured live during the band’s late 2017 U.S. Touring.

Once you’ve experienced a KMFDM live show, there is no turning back. The brand new live album by the renowned industrial rock pioneers from Germany shows exactly that.

Recorded during the band’s roaring USA tour in late 2017, 'Live In The USSA' perfectly captures the intoxicating atmosphere that was present throughout the whole journey. The album features a diverse and exciting selection of six of the band’s favorite songs from their latest studio album 'Hell Yeah' and six of KMFDM’s classic ultra-heavy beat hits.

Simply put: 'Live In The USSA' commemorates and immortalizes a brilliant experience for fans and band alike. 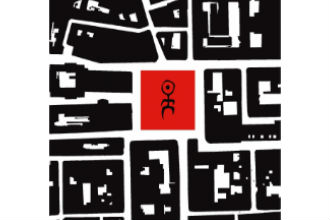 The album 'Grundstück' incl. DVD was released on the 7th of September 2018.

Only what isn’t, is possible! This is what describes the creative process of the band Einstürzende Neubauten and their frontman Blixa Bargeld for the past four decades of designing new sound space. Einstürzenden Neubauten have established itself as one oft he most radical, most unpredictable and most unconventional avant-garde bands in the popular music scene, whose noise-laden anti-pop continues to influence global listening habits to this day.

On the 7th of September 2018, the band released a real rarity – 'Grundstück'. Originally issued in 2005 as a small, limited edition, strictly intended only for registered band supporters, the much sough-after album is now officially available as a CD and also for the first time ever as an LP, each including a DVD of the project and an extensive booklet. The DVD, showing previously unpublished film recordings, was filmed on the 3rd of November 2004, during a special supporter gig at East Berlin’s Palast der Republik; the earlier political apparatus of the former GDR state leadership. The building was torn down soon after.

'Grundstück' is the missing link between 'Perpetuum Mobile' released in 2004 and 'Alles wieder offen', which came out three years later. The Album represents that the title asserts: One’s own lot. A self-built, stylistic and primarily ideological microcosm within pop culture, in which Einstürzende Neubauten can pursue its sound research processes completely self-sufficiently and undisturbed. It’s a form of artistic independence that is not subjected to a patronizing record company or other commercial survival strategies.

just out: 'Just When You Thought It Was Over' by Katerina

Matias Aguayo's Cómeme has released some of the scene's more peculiar rhythm-based electronic music. The Helsinki-based Bulgarian producer Katerina experiments with these kind of sounds. Her debut Cómeme release 'Just When You Thought It Was Over' blends a range of influences and styles into a cross-section of unrefined but complex emotions.

Katerina's punk sensibility, which can be heard on her Radio Cómeme show, also filters into her productions. Her fragile voice appears throughout the EP, mumbling improvised melodies and off-hand one-liners over trashed electro grooves and bubbly synths.