Credit 00 links back up with Berlin's Mechatronica, this time in their White series, to manifest a lawless mirage of digital dread, paranoid energy and hallucinatory desire.

'Moon in Earthlight' describes the phenomenon one can see in the first few days after a New Moon, when the slim crescent of the moon is completed into a full circle by a faint light that is not lit by sunlight but by the light reflected from Earth. It is also the apt title for the first album from an artist whose first love was astronomy.

After 6 EPs over the course of 5 years, Wolfgang Tillmans now releases his first album, 'Moon in Earthlight', a singularly plural 53-minute piece comprised of 19 tracks.

A composition of multiplicities, Tillmans’ album debut is a collage of sounds, field recordings, words, studio jam sessions and live recordings, voice, soundscapes, and instrumentation scored with audible space to breathe along the way.

Like a phenomenon that marks time, 'Moon in Earthlight' is the shadow and the reflection, fifty-three minutes in time.

After 400 shows with some headliner tours and big festivals such as the Hurricane, Lollapalooza and Rock am Ring, Indie band RAZZ finally announce their third studio album that will be released 3rd of June!

All music videos are episodes of a series, that at the end will complete a short film on it's own.

The collection of songs on Trentemøller’s sixth studio album, 'Memoria', traverses some ground fans will find familiar, but also digs deeper into themes of transience, and various forms of continuance.

His latest single, 'No More Kissing In The Rain' gives the impression that it’s easier to find comfort in the darkness when it feels like particles of light are only moments away from assembling, perhaps divulging a bright secret.

'No More Kissing In The Rain' announces itself with an overture to a synth opera shot on supersaturated film. Warm waves of sweeping, lush pads soon land to make space for vocalist Lisbet Fritze’s tone-setting proclamation: “My dear, I am running out of time.”

The premiere of the music video is to happen on YouTube on Thursday, 13th of January at 8:00pm CET. Trentemøller will join the premiere and be available in the YouTube chat during the premiere and some short while afterwards.

Make sure to set your alarm!

When Pete Namlook and Atom™ first met around 1992, a long musical and personal friendship begun. Not only did Atom™ release plenty of his own music on Pete Namlooks’s Fax Records label (they also formed their Rather Interesting platform together in 1994), but more so did both artists collaborate musically throughout the years.

During the initial stage of their friendship, the two had released a series of 12”s under the monikers Millennium, Subsequence and Synthadelic, yet from 1994 onwards decided to dedicate themselves to rather long form productions. Once again, a new project title was chosen: 'Jet Chamber'. They recorded and released their first CD in 1995, simply entitled 'Jet Chamber I'. What both didn’t know back then was, that they had embarked on a series of productions which soon should comprises the 5 'Jet Chamber albums'. The volumes II-V were released between 1996 and 2000.

Pete Namlook unexpectedly died in 2012. In long winding conversations with the Pete Namlook estate, it took Atom™ a bit over 7 years to finally obtain the master rights to all their collaborative works. The albums were carefully remastered in 2022 and released digitally through the AtomTM_Audio_Archive. A digital box set of said albums will come out in October 2022.

OUT: Spoon and the Forkestra release their debut EP 'The Fondest Flinch'

Today, the 7th of January 2022, Spoon and the Forkestra released their best record yet - their first.

'The Fondest Flinch' is a home to five expressive and dynamic indie rock tracks and some good old Forkestra weirdness. The attitude of punk meets folky elements, the enchanted voice of singer and lyricist Emily-Mae Lewis conveys stories that resonate for a long time. The EP feels like a musical storybook. It is queer, dreamy, angry, cozy, dark and funny and it's the perfect soundtrack to Spoon and the Forkestra's coming-of-age story.

In order to make the Forkestra sound like an orchestra, Emily-Mae Lewis and Timo Zell invited some of the most accomplished and talented musician-friends into their Berlin studio to play alongside them; Only to get them to just be loud and silly and to play their instruments with the playfulness of a three-year-old child. From the resulting chaos, Spoon and the Forkestra, along with producer Berend Intelmann, file the extensive and fun soundscape for 'The Fondest Flinch'.

Over the past year, the band has released three pre-singles. 'Pirates', 'Mary Lou' and 'Blink Twice' hit a nerve with the combination of their ruthless honesty and playfulness. The response from press and radio stations far exceeded the band's expectations. The feedback and gratitude that Spoon and the Forkestra received, especially for their last pre-single 'Blink Twice' is overwhelming. While Mental Health is a recurring theme throughout the EP, this song deals with the very personal issue of dissociation.

For the EP release, Spoon and the Forkestra are taking their time - an indie film soundtrack also needs an indie film. Thus, the duo produces music videos for all pre-released singles, which they direct and have everything in their own hands from planning to editing. More music videos are also coming for the songs released with the EP to make the coming-of-age story of 'The Fondest Flinch' visually complete. 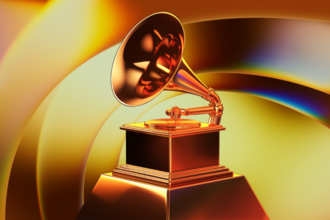 The Freibank teams fingers are crossed until the 3rd of April 2022!

Both regulars of the club, arts and queer scenes of New York, Berlin and London of the last three decades, it's surprising Wolfgang Tillmans and Honey Dijon only met five years ago. A walk between clubs in Brooklyn resulted in the two having a mutual interest to collaborate. Busy as both are, the wait was long, but well worth it. This week's release of Honey Dijon's Euphoria Mix of 'Can't Escape into Space' sets the tone for what is left of this summer: Our desire to be together, with friends and strangers, close up on dancefloors, festivals and open airs. Honey's and Wolfgang's shared unapologetic spirit comes alive as Dijon transforms Tillmans's original song into an electrifying dance floor banger. As we can already sense a reawakening of our freedom blowing in the air, even if many clubs remain closed, the two musicians' call to come together again is euphoric and inescapable.

The original version of the song was released last winter in the midst of lockdown, accompanied by a video showing an empty nightclub and its mirror balls performing for the camera, filmed in 2017 by Tillmans, in pre-pandemic Fire Island. A new video accompanies Honey Dijon's Euphoria mix with three vignettes of longing and passion.