from Phase IV activities of their supporters project!

The tracks, which started out as 'Dave #1' and 'Dave #2', are now complete and are called 'Vigilia' and 'Jetlag Hero'. 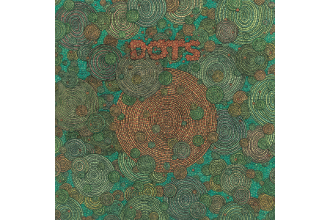 'Dots' by Atom™ has been remastered!

The first single 'Sleeper was released May 24th and comes with a wonderfully atmospheric video.

'In The Garden' will give us a second taste on June 21st, again with a personally created accompanying music video.

The collaboration between producers Shuko and The Breed (MC Eiht, Nipsey Hussle, Cypress Hill) was love at first sight.

Thanks to their preference for classic Westcoast sound, they immediately found a common denominator and harmonized excellently during the production. The result is the album 'Dippin'', based on the song with the same name by Westcoast legend King Tee, who besides MC Eiht and Benny Singsis also the only rap feature on the instrumental hiphop album. After the song 'Life In Los Angeles' with the Westcoast legends, the tune 'Cali Sunshine' has officially announced the joint record of the producers, which is available on black gold in addition to the digital release at June 7th.

'Dippin'' is out since June 7th on Shuko's label For The Love Of It.

Ensemble Du Verre about to release his 8th album

together with his Ensemble Du Verre on Batterie Lable since the founding of the project in 2003.

"Going forth and back on notes is just so vital for me that I even wrote a song about it, performed by the great Nora Becker, a Hamburg-based vocalist, who already contributed with her great voice on my last album 'Rooms'."

It has never been easy to refer Ensemble Du Verre to a single music style. Now it is popular music, probably coming from Jazz, always influenced by HipHop, House and Soul elements.

"Just like on 'Rooms', all songs are written in way that they can be performed only with vocals and piano (except for two instrumental songs). So I guess 'Jet-Black Notebook' could be considered a singer/songwriter album. My Music can be many differnt things at the same time."

Burnt Friedman has a new album on his way!

'Musical Traditions in Central Europe (Explorer Series Vol.4)' will be out this Friday via Nonplace.

" 'Musical Traditions In Central Europe: Explorer Series Vol. 4' takes the form of an ethnological compilation, but includes only Friedman's music and fits into an "Explorer Series" that never previously existed. As with much of his body of work, the Berlin-based artist uses the conceptual angle to rail against dominant Western musical traditions.

'The system of scales, and also the fact that the western central Europeans rely on recorded or written script in order to conserve the themes of their music, could lead us to look upon it as a form of art music', reads the press release. 'Remarkably enough, traditional house or techno which existed 30 years ago, still flourishes today. Moreover, all the time new forms and musical styles are being discovered, tried out and eventually overlooked.'

'Error Man' was released May 17th via hafendisko

With his fresh, anthemic approach to electronic music, producer and DJ Brynjolfur is one of the most promising artist on the Scandiavian electronic scene.

Besides releases on Eskimo and most recently Natura Sonoris and following on from Chain Glass, The Save, M25 and TechnoirBrynjolfur now returns with his fifth EP for hafendisko.

On the three brandnew tracks, Brynjolfur showcases once more his own unique skills here.

'Wild Stare' is out on Irrsinn/ Universal since April 19th!

December last year, the single 'Wild Stare' was the first sign of life by Giant Rooks after their acclaimed EP 'New Estate'. Now, they have just released their second EP, named after the lead single.

And it shows why they are the most promising newcomer in their native country - Germany. With 'Wild Stare' they put their money where their mouths are, showing their musical spectrum, their exuberant talent, and their infectious serenity.

Giant Rooks know exactly what is happening in their generation. Their position is cosmopolitan, just like their sound. They’ve already broken out of Germany and landed an international record deal with Irrsinn/Universal. Furthermore they are as used to playing in Manchester or London as other German indie bands are playing in Berlin or Hamburg. And the venues are getting bigger, tickets are sold faster and big chunks of the tour promoting their EP are sold out already.

Giant Rooks are still only in their early 20s and therefore outrageously young. If they continue to write songs with such incredible intensity, the expectations for their debut album are growing wild.

The band is currently on tour and plays shows all over Europe!